My Kitchen My World is taking a break until at least September 1, 2014. See y’all then!

We are, thanks to Chaya, cooking from Israel this month. Just add yur link below!

This month we are visiting the Middle East. I know there will be some tasty treats coming our way. Please leave your link.

It has been a tough winter for much of the US. So many winter storms. So much snow. So much cold. So when Peggy chose BELIZE for our March travels it was a GREAT pick.

Peggy’s Pick so we will start with her… 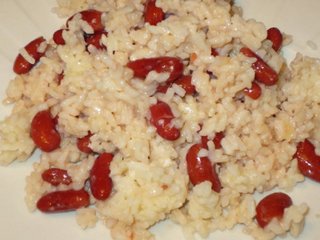 …Belizean Red Beans and Rice – made with Coconut milk which Peggy said made the rice extra creamy. She followed the rice dish with… 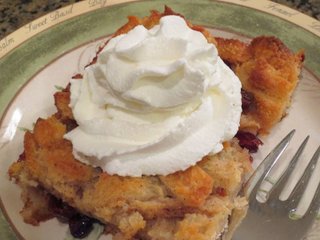 Bread Pudding also made with Coconut milk. I bet that was tasty. Bread pudding is one of my faves so I will have to try it this way!! Peggy also started the meal with a cocktail, but you will have to visit Pantry Revisted to find out what it was!!

Stephanie also visited Belize with us. On her table was Belizean Stewed Chicken 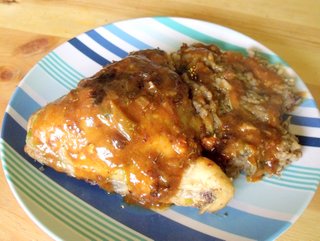 That looks wonderful!! Stephanie said the sauce was so flavorful. What made this dish different than the usual stewed chicken – the seasonings!! But if you want to know what they were – go visit Stephanie!! 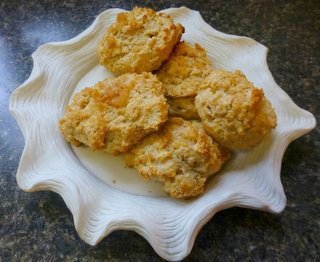 Made with coconut, she said they are cross between a scone and a biscuit. And just as tasty!!

Thanks, y’all for traveling with us this month.

February saw the travelers in CZECHOSLOVAKIA. It is bordered on the west by Germany, by Austria on the south, on the east by Slovakia, and Poland is to the north. Its capital and largest city, with 1.3 million inhabitants, is Prague A county with a violent history, renowned for musicians (Antonín Dvořák and Bedřich Smetana), scientists (Johan Gregor Mendel and Sigmund Freud), writers (Franz Kafka), cathredrals, and festivals its cuisine hasn’t changed much since its early history. Beef, pork, breads, cheeses, grains are still a big part of the diet and the country is always open to new ideas in just about every thing.

Czechoslovakia was Margaret’s pick. She said she chose it because she lives in a community settled in the early 1900s by Czech immigrants. Yearly festivals, historic homes, and friendly people are all part of her area. So let’s start with her dish. 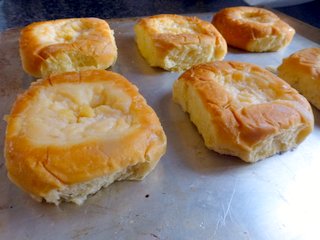 While Kolache means pastry or sweet in the US it has become synonymous with a bread like dessert filled with cream cheese, jam, or poppy seeds. It is probably the most popular treat at the festivals. 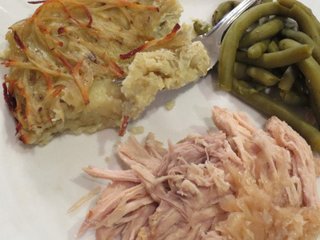 served with pork and sauerkraut it is the perfect Czech meal. 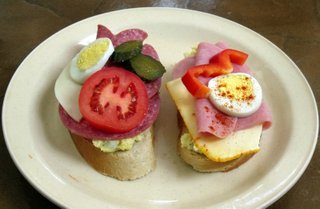 And from Joanne we have Potato Pancakes aka Bramboracky 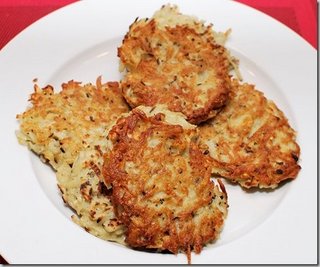 These ‘pancakes’ are a poplular dish with many of the countries in the area of Czechosolovakia. Joanne’s look light and crisp.

It has been pretty chilly in the US this winter, so for March we are moving to a warmer place – BELIZE. Thanks to Peggy for March’s country.

Posted on February 8, 2014 by teaandscones

We are back from Poland, resting up watching the Olympics so we can visit our next Country this month.
Poland was delicious, if not a little cold, but the dishes we had really warmed up up. Since Poland was REBECCA’S choice we will taste her dish first.

PIEROGI filled with wild mushroom, Moroccan lamb, or sweet ricotta. I can only imagine how good those were. Makes me wish I was in Vermont – although maybe when it’s a little warmer!!! But you can visit her Blog and see the step by step for making PIEROGI.

PEGGY made a flavorful dish of CABBAGE AND KIELBASA 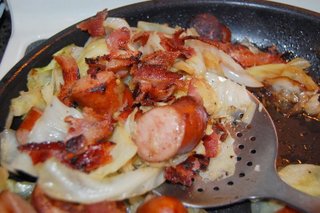 Peggy said topping the whole dish with crumbled bacon really brought out the flavor as did the red pepper flakes. Looks. So. Warm!!

JOANNE added to the Polish buffet with 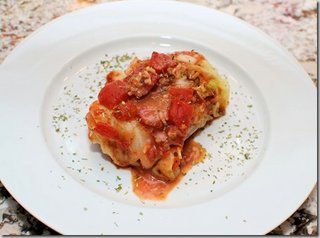 GOLABKI, GOUMKIES OR JUST PLAIN CABBAGE ROLLS. Oh, my. Those look so hearty. And delicious. And what makes these really good – completely vegetarian. COMPLETELY!! 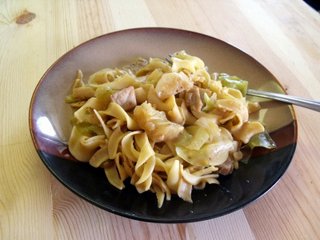 HALUSHKI which translates into Pork, Cabbage and Noodles. Now while I have had pork and noodles I have never had it with cabbage mixed in. I can only imagine the sweetness the cabbage adds to an already delicious meal. Finally, I think MARGARET and Peggy were conspiring on the side because Margaret made 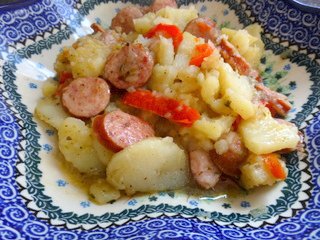 I’m thinking its a really good thing I have cabbage, noodles, Kielbasa, and cough rounds in my freezer and pantry. We may eat Polish all week long.

If you like to dabble in world cuisine maybe you should travel wit us. February finds us in the CZECH REPUBLIC. My taste buds are already anticipating all the Czech goodness.

International Desserts for the Holidays

Those of us in My Kitchen My World did something a little different in December, thanks to Kayte. Instead of just visiting one country we visited lots of countries. Everyone chose a desert from the country of their choice. And there were plenty of delicious treats on Christmas tables.

So without further ado…..

Peggy starts us off with 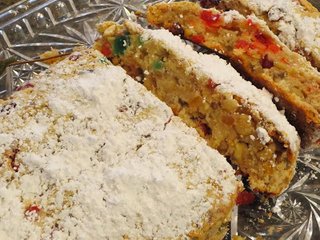 According to Peggy,”Stollen is a German Christmas tradition dating back to the 14th century. My research found that Germans baked these loaves at Christmas to honor princes and church dignitaries.” According Chandler she would be arrested for having ‘stolen’ bread in the house. LOL Very Pretty, Peggy. 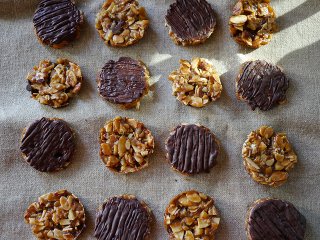 Flrentines are is an Italian pastry made from setting nuts and candied fruit into a caramel disc, which is then often coated on the bottom with chocolate. And in Rebecca’s case, drizzled with chocolate as well. Yes, please!!

With her English background I was not surprised that Joanne brought an English Christmas Cake {aka fruitcake} to the table. 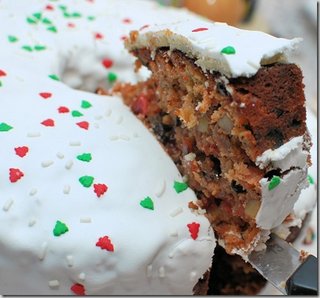 Joanne says this recipe was handed down from her Grandmother and her Mother makes this 4 pounder every year. Full of fruit, nuts, traditon. Love tradition!!


Rounding off the desserts is Stephanie with her…. 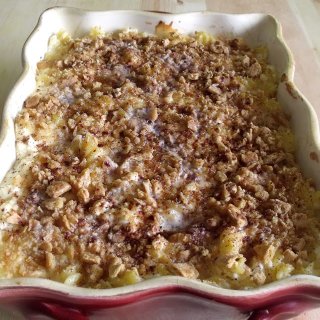 Kugel is a traditional Jewish dessert for Sabbath and holidays. This one is a Russian version. Made with noodles it also has graham crackers, cinnamon, nutmeg, and sugar. Sounds tasty!! And how unusual!!

Seems Margaret forgot to post her cake. So here it is better late than never. She had surgery in December and says it just slipped by her!! Ah well. It LOOKS delicious 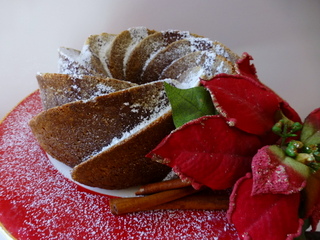 Thanks to all for their Christmas/Holiday treats.

January sees us visiting Poland. Wish you would join us.

Posted on December 6, 2013 by teaandscones

We didn’t quite make it to Poland in November. It was such a busy month we all missed the bus! Not to worry, we will visit Poland January.

But we are doing World Holiday Desserts for December. Pick a country, any country and make one of their holiday desserts. And since we all need desserts for the holidays this one should be EASY!!! Blog it and send us a comment. No pressure!! Roundup in early January.

Exotic Islands of the Kingdom of Tonga

It is starting to turn cooler outside. In fact the snow is already falling in some areas. Including where some of our ‘Travelers’ live. So this might just be a good time to travel to the sunshine and beaches and beautiful waters of the Pacific and visit Tonga. 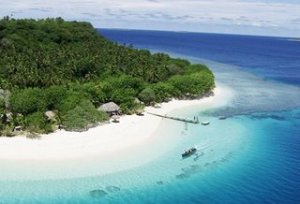 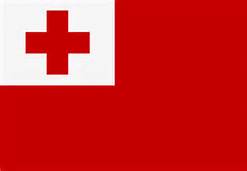 Stephanie chose our destination for October because

we have a lot of Tongan friends and church acquaintances in our neighborhood. I have grown to love the Polynesian culture, including and especially the food!

so We will start with her…

Lu Pulu, which is a made with corned beef and veggies, is commonly cooked in an earthen oven and wrapped in taro leaves. 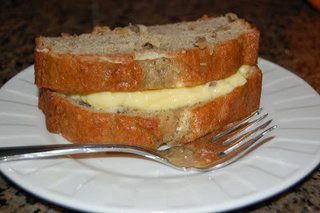 Her Tonga toast was made with Banana Bread and Banana Pudding layered between the slices. Bananas are right up there with coconut in Tonga.


There is a lot of tropical fruit on Tonga so Kayte gave us our fruit dish…. 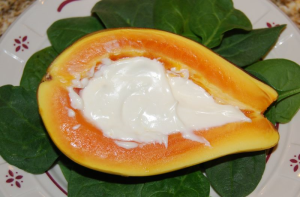 Papaya with Coconut Cream Sauce
Kayte’s was probably the simplist recipe even tho she had to sub tinfoil for banana leaves. Imagine that!

Following the coconut theme is .. well, everybody else. Seems coconut is VERY popular in Tonga.

From Rebecca we have 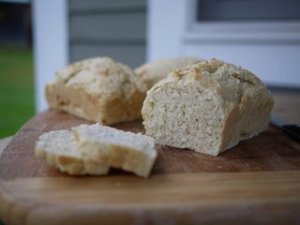 Tongan Coconut Quick Bread which Rebecca made even better by using Vanilla Pods/Seeds from Tonga. She is the ONLY one I know who would actually HAVE Tongan Vanilla. Her loaves are lovely and full of coconut flavor.

Also using Coconut is Margaret with her 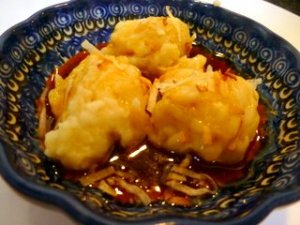 FaiKaKai (Coconut-Caramel Dumplings)
These are simple little dumplings with practically no flavor until you cover them with a coconut caramel and sprinkle with Coconut. Big difference. And then, because she had some caramel left over and a pile of sweet potatoes she also added 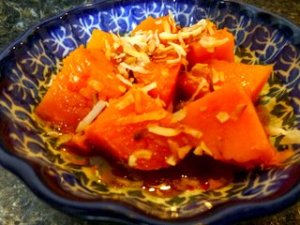 Sweet potatoes in Caramel Sauce.
Both are very very sweet, but very very tasy and very very easy to put together.

We hope you have enjoyed your visit to Exotic Tonga. You can find the recipes on their blogs.

November finds us at the other side of the world in POLAND! Why don’t you make a Polish dish and leave a comment below. We would love to add you to our World Tour.

‘ello, Ducks – as one might say in parts of Britain….

Posted on October 4, 2013 by teaandscones

So without further ado…

Since this was Joanne’s choice we will start with her dish. Which, by the way, is dessert and one should always eat dessert FIRST!!! 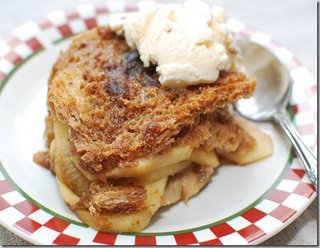 Apple Charlotte: An Irresistible British Pudding. Doesn’t that look delicious. Perfect ending to a perfect British meal. I have never made Apple Charlotte so I am glad to have a good recipe to begin with.

Peggy also joined us this month and made 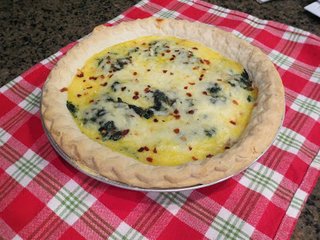 What could be better than a QUICHE. In this case, a quiche full of ham and cheese.

Margart says she went out of her comfort zone and made something completely different. 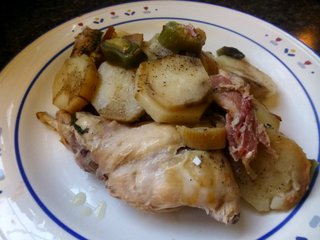 She made Dorothy Ballam’s Poacher’s Pie Made with rabbit it was definitely something that would be in a poacher’s bag!

Rebecca warmed us up with a wonderful Steak Pie 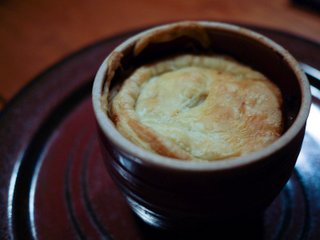 It has a hardy steak filling with lots of onions and topped with Puff Pastry.

Kayte made something we used to eat quite often – 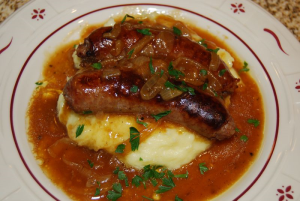 – Bangers and Mash!! Or what we usually know as Sausage and Mashed Potatoes. I like the British name better. Trust me, I know they were delicious as well.

October will see all of us out of our comfort zone. We are traveling to TONGA which is part of Polynesia. Talk about exotic food….. Hope you will join us. If you do just leave a comment below with the link to the dish and we will include you in the round-up.

Why don’t you travel with us? We are visiting….